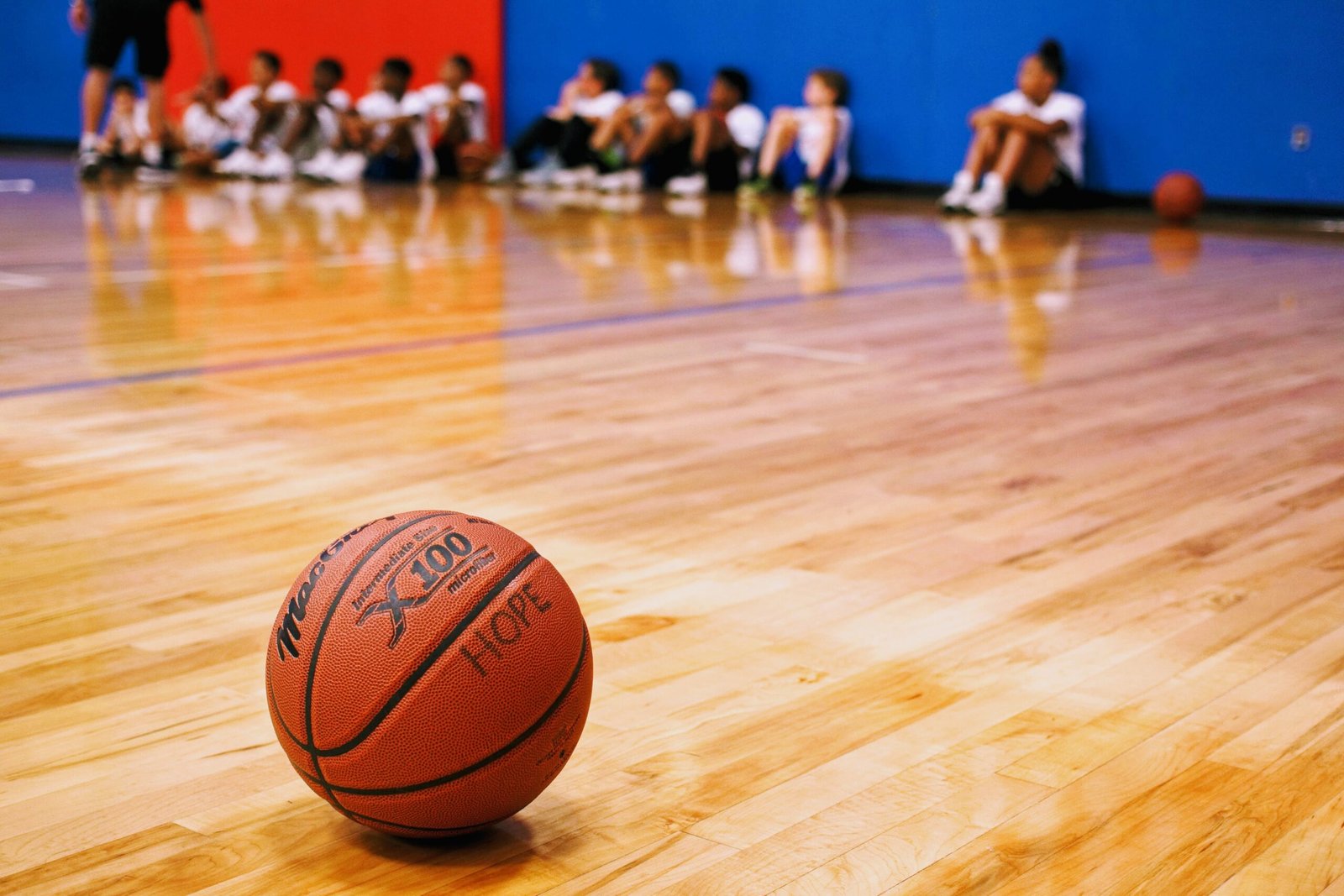 It’s important to understand what each approach means and how it can affect your game later on in life, as your progress can potentially stagnate if you choose the wrong one or go about it the wrong way.

The Pros And Cons Of Early Specialization In Basketball

The pros of early specialization are that it allows an athlete to focus their energies on mastering one sport and work on building fundamental skills.

However, there are some downsides. The younger a child is when they specialize, the more likely they will have trouble adapting to different sports later in life and face the increased probability of injury at later stages.

Additionally, early specialization can make athletes less open-minded, since they’ve only had experience with one sport.

How Do You Know If You Are Ready To Specialize?

The earliest most youth players may specialize is age 13, but there are some cases where kids will start as early as six.

The question of whether to specialize at an early age is a more nuanced one with many factors to consider. Some parents prefer to play it safe and not have their kids specialize too early, while others want their kids to be the best they can be and push them hard.

However, there are some negatives that come along with specializing too early that you should know about. You can burn yourself out by playing year-round without any type of break or time off, which can lead to injury or other health problems like depression.

As you get older, your body changes and becomes more sensitive to different types of exercise. Research has shown that young athletes who specialize may be at risk of injury and burnout later in life due to a lack of variety.

Plus, playing other sports will actually make you better at your specific sport!

How Can You Get The Most Out Of Your Sport At Any Stage?

There are a few different approaches to take when it comes to how you train your sport. Some athletes like to specialize early on, while others are more inclined to wait until they’re a little older.

There is no right answer when it comes to deciding which is better, but there are pros and cons that come with both of these strategies.

Here are some things you should consider when deciding whether or not to specialize early on or wait until later on in life.

-Pros of specializing early: You’ll be able to put more time into mastering your craft and understanding the ins and outs of your specific sport. This can help you advance quickly and feel more confident about yourself as an athlete.

Are There Windows In Which Athletes Should Specialize?

Specialization is often considered a bad thing because how it can stunt physical and mental growth.

In reality, there are windows when it might be beneficial to specialize. Early specialization (under 12) will allow athletes to spend more time honing their skills at one sport which could lead to higher levels of success as they get older.

Late specialization (12-18) on the other hand, allows an athlete to diversify their skill set so they are prepared for any future careers they may have outside of sports. One drawback of a late specialization is that athletes may not be fully committed to their sport which will result in lower levels of performance.

What Does It Really Mean To Be A Multi-Sport Athlete?

Most people are aware of the benefits of multi-sport participation as an athlete, but to really understand why it is important, you need to first understand what a multi-sport athlete actually is.

Is Early Or Late Specialization Worth It For Aspiring Elites?

This is a difficult question to answer, with no right or wrong answer. Some experts might argue that early specialization is worth it because kids can focus on one sport and get better faster. However, some sports psychologists would argue that delaying specialization until later in high school (or even college) will result in a more well-rounded athlete who has the opportunity to develop skills that are not directly related to their primary sport.

Regardless of your opinion on this matter, there are several benefits of both early and late specialization. Early specialists may be able to get stronger and better at their craft sooner, but they may also miss out on opportunities to explore other interests outside of their sport, which could have been beneficial for them down the line.

Players who specialize early are better off because they focus solely on their sport and can develop their physical traits to become elite players. This is why many star hoopers were able to play at such a high level, despite not playing any other sports as a child.

The downside of early specialization is that these players might miss out on other opportunities and have more difficulty transitioning into life after sports.

On the other hand, athletes who take a more relaxed route can be exposed to many new skills and ideas by participating in multiple sports from an early age. These athletes may also need to work harder later on if they want to make it pro, but this isn’t always true depending on how much work was put into each sport. 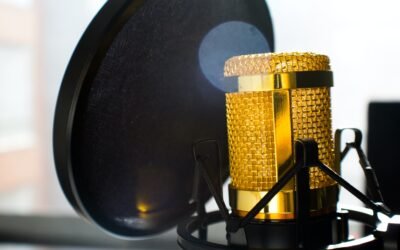 Are you looking to take your basketball organization's marketing and sales efforts to the next level? Look no further than "The Basketballist Podcast"! Our team of experts brings a wealth of experience and knowledge to the table, delivering valuable insights and tips...

END_OF_DOCUMENT_TOKEN_TO_BE_REPLACED 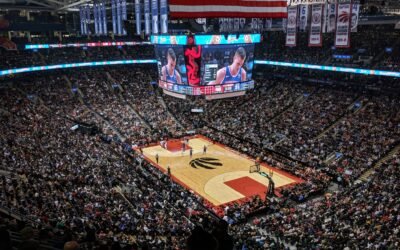 Why Sponsoring a Basketball Organization Is Good?

Are you a business looking for a new way to get your brand out there? Sponsoring a basketball organization may be the perfect solution! Basketball sponsorship is an increasingly popular marketing strategy that can help you reach new audiences and increase your...

END_OF_DOCUMENT_TOKEN_TO_BE_REPLACED 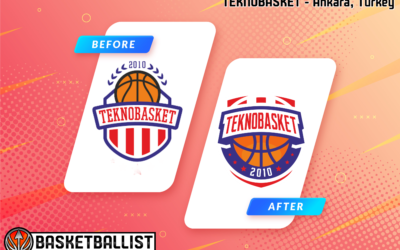 A New Logo for Teknobasket!

We are very pleased to announce the completion of the TEKNOBASKET logo restyling project. "I had the pleasure of meeting Orhan during the last International Basketball Congress which was held in December 2022 in Vilnius. We got to know each other and spend some time...

END_OF_DOCUMENT_TOKEN_TO_BE_REPLACED 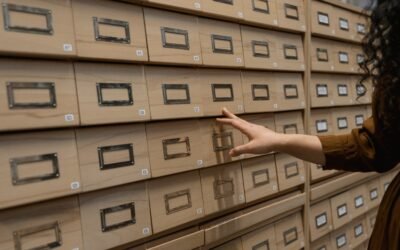 Database Of Fans And Clients: Why Is It Crucial?

END_OF_DOCUMENT_TOKEN_TO_BE_REPLACED 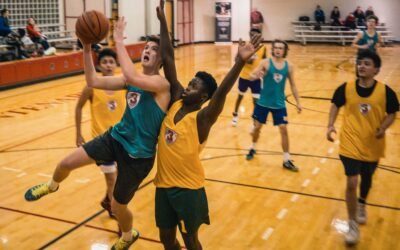 The benefits of an Internal Basketball Youth Academy are numerous, and the most obvious one is that it keeps everything in-house. In an ideal world, clubs could develop youth players in a way that a long-term youth athlete development plan is aligned with the...

END_OF_DOCUMENT_TOKEN_TO_BE_REPLACED 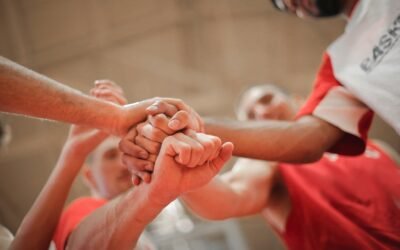 Having a great team on the basketball court goes hand in hand with having a great sales team off of it.A sales team that can effectively generate revenue will translate into championships, more tickets sold and more merchandise purchased by fans.Getting your sales...

END_OF_DOCUMENT_TOKEN_TO_BE_REPLACED
We use cookies on our website to give you the most relevant experience by remembering your preferences and repeat visits. By clicking “Accept”, you consent to the use of ALL the cookies.
Do not sell my personal information.
Cookie SettingsAccept
Manage consent

This website uses cookies to improve your experience while you navigate through the website. Out of these, the cookies that are categorized as necessary are stored on your browser as they are essential for the working of basic functionalities of the website. We also use third-party cookies that help us analyze and understand how you use this website. These cookies will be stored in your browser only with your consent. You also have the option to opt-out of these cookies. But opting out of some of these cookies may affect your browsing experience.
Necessary Always Enabled
Necessary cookies are absolutely essential for the website to function properly. These cookies ensure basic functionalities and security features of the website, anonymously.
Functional
Functional cookies help to perform certain functionalities like sharing the content of the website on social media platforms, collect feedbacks, and other third-party features.
Performance
Performance cookies are used to understand and analyze the key performance indexes of the website which helps in delivering a better user experience for the visitors.
Analytics
Analytical cookies are used to understand how visitors interact with the website. These cookies help provide information on metrics the number of visitors, bounce rate, traffic source, etc.
Advertisement
Advertisement cookies are used to provide visitors with relevant ads and marketing campaigns. These cookies track visitors across websites and collect information to provide customized ads.
Others
Other uncategorized cookies are those that are being analyzed and have not been classified into a category as yet.
SAVE & ACCEPT

Subscribe to our list today and gain access to the latest news, valuable insights, and tips that keep you ahead of the game. You'll be the first to know about our newest blog post and podcast episodes. So why wait? Subscribe now and be a part of something special.

You have Successfully Subscribed!